For Fifth Year Afghanistan is Most Deadliest Place for Children, UN Report 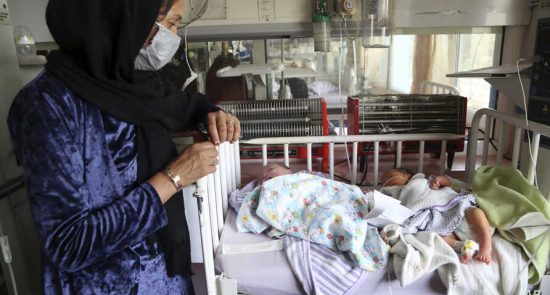 The United Nations said Monday that for the fifth consecutive year, Afghanistan was the deadliest country on the planet for children.

In its annual Children in Armed Conflict report, the U.N. secretary-general reported that more than 3,000 Afghan children were killed in 2019, and nearly as many maimed, overwhelmingly by ground fighting, improvised explosive devices and suicide attacks.

More than 1,200 casualties were attributed to the Taliban, while government and pro-government forces, including the Afghan National Army and the National Defense and Security Forces, were responsible for about a thousand.

“Last year, it was very much impacted by elections and electoral violence,” Virginia Gamba, special representative of the secretary-general for children and armed conflict, said of Afghanistan at the report’s virtual launch.

Despite Afghanistan being the most dangerous, Gamba said there was still a decrease in casualties from 2018, due to measures put in place by the government and international military forces.

“There is also a peace process under way, and now there is a relative stability that we believe is going to lead to much more decreasing numbers,” she added.

War-torn Syria and Yemen followed Afghanistan on the annual list.

“Although his (the U.N. chief’s) list of violators includes Syrian government forces and anti-government groups, it omits Russian forces, which have been involved in the conflict since 2015,” Human Rights Watch said of the 1,454 children reported killed or maimed in Syria last year.

In Yemen, site of the world’s largest humanitarian crisis, more than 1,400 children were killed or maimed, primarily through ground fighting and airstrikes. There were also at least 20 attacks on schools. The report attributed 313 of the casualties to Houthi rebels and 222 to the Saudi Arabian-led coalition.

Human rights groups were angered because the report did not cite Saudi Arabia in its report on grave violators, which is often referred to as the “list of shame.”

“By removing the Saudi- and Emirati-led coalition from his ‘list of shame,’ the secretary-general sends the message that powerful actors can get away with killing children,” said Adrianne Lapar, director of Watchlist on Children and Armed Conflict. “There needs to be an independent, objective, transparent assessment of the process leading to the decision to delist the coalition, to ensure that all violators are held to the same standard, no matter who they or their friends are.”

“The secretary-general has brought shame on the U.N. by removing the Saudi-led coalition from his ‘list of shame,’ even as it continues to kill and injure children in Yemen,” said Jo Becker, children’s rights advocacy director at Human Rights Watch. “He has repeatedly and inexcusably left powerful countries off his list, despite overwhelming U.N. evidence of grave violations against children.”