Explosives Killed 10 and Wounded 18 others in Afghanistan 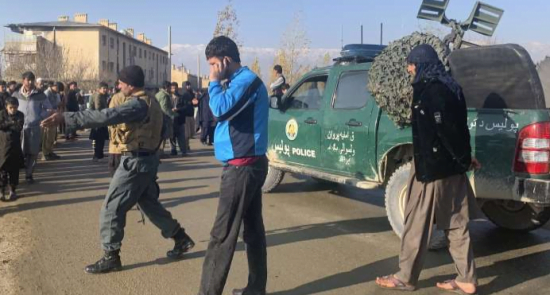 A roadside bombing in eastern Afghanistan killed at least 10, while explosives attached to a bicycle detonated near a police vehicle in a northern province, wounding at least 18 people.

According to the spokesman for the Interior Ministry, Nasrat Rahimi, the roadside bombing took place in eastern Khost province, in the district of Ali Sher. He said three children, two women and five men were killed. The blast happened when the vehicle they were riding in detonated the bomb, said Rahimi.

The blast in northern Balkh province that wounded 18 took place at one of the busiest intersections of the provincial capital, Mazar-i Sharif, said Adil Shah Adil, the spokesman for the provincial police chief. There were six traffic policemen among the 18 wounded, the rest were civilians, he said.

No one immediately claimed responsibility for the two attacks but officials blamed the Taliban who regularly target Afghan security forces and government officials by planting roadside bombs across the country. Scores of civilians are killed in such attacks.

The Taliban today control or hold sway over half the country and, along with the Islamic State group, stage near-daily attacks.