Remains of 3 Troops Killed in Afghanistan Return to US 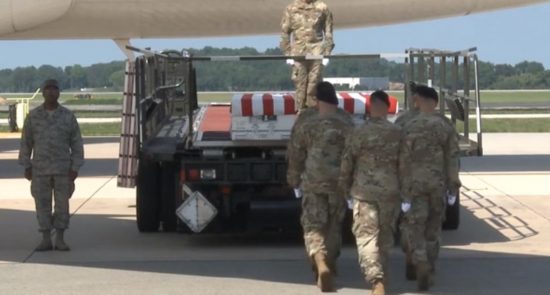 US Ordered the Remain Soldiers to Return after the Aeadliest Attack.

Ariana News Agency- The remains of three service members killed in the deadliest attack against American forces in Afghanistan this year have arrived back in the U.S.

Vice President Mike Pence and relatives of the men were at Dover Air Force Base in Delaware to receive the remains.

Media representatives were on hand early Friday to witness the somber transfer of the flag-draped cases of two of the service members. The transfer of the third man was done in private.

The men were killed Tuesday by a roadside bomb in Ghazni province, where the Taliban is resurgent.