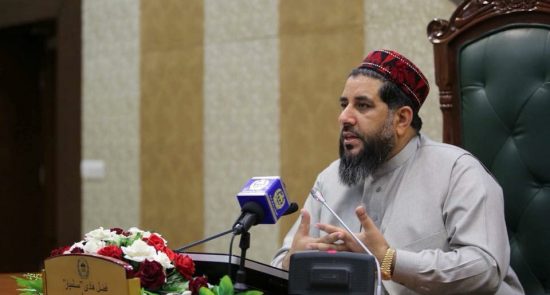 The head of the Afghanistan’s Meshrano Jirga demanded the government to be steady and serious on the process of peace talks.

Speaking yesterday at the Jirga’s General Council Fazal Muslimyar Fazal Hadi the Head of the Jirga suggested the government to be steady taking very serious stance and considering a consequent and effective program in the process of US-Taliban peace talks.

He also suggested that the government should take advise from international institutes and the peace plan to be submitted to the National council to be verified.

Mr.  Muslimyar also pointed out to Jirga’s stance toward cease fire and said Jirga will support this stance.

During the recent peace talks process between US and Taliban it’s been reported that both sides have agreed on decreasing the violence in the region but Presidential Spokesman Sediq Sediqi tweeted that Afghanistan government called on ceasefire along with dialogue between Afghan sides stating that the violence decrease merely is not practical and can’t be admitted.