Pakistan Warns US of ‘Spoilers’ on US-Taliban Deal in Afghanistan 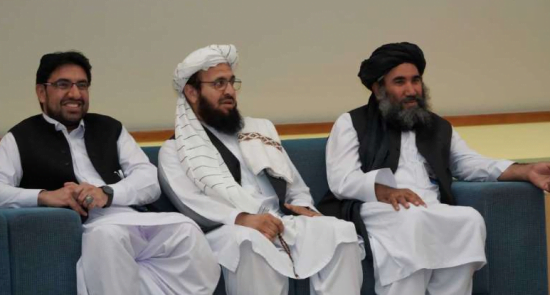 Shah Mehmood Qureshi said it was important for intra-Afghan talks to begin swiftly.

The political players in Afghanistan should set aside their “personal interests” in moving the country’s peace process forward, Pakistan’s foreign minister has said, before warning the United States of “spoilers” that could derail a landmark agreement signed a day earlier to bring peace to the country.

Speaking to the press in the Pakistani capital, Islamabad, on Sunday, a day after attending the signing ceremony of an agreement that is aimed at ending the US’s 18-year war in neighbouring Afghanistan, Shah Mehmood Qureshi said it was important for intra-Afghan talks to begin swiftly.