New US-Taliban Peace Talks to be Held in China 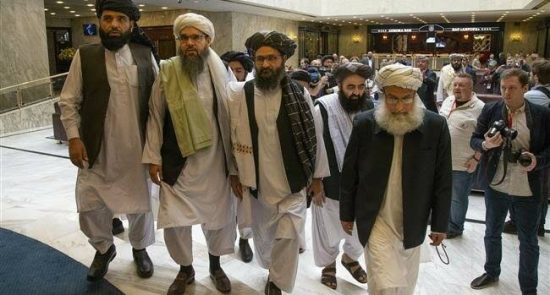 State ministry for peace affairs says the government is working to finalize a peace delegation for the meeting which was set to be held this week but postponed.
The meeting was postponed after Afghanistan government declared that they would announce a list of participants for the meeting in near future and will share with Chinese officials.

Now, sources say that the meeting might be postponed due to debates of Afghanistan government.
The Afghan government is working on the structure of an inclusive and proper peace delegation for the meeting in China, said Najia Anwari, spokesperson for the Afghan State Ministry for Peace Affairs.

“The Afghan government is working on the structure of an appropriate delegation to attend the China meeting, and we welcome any move that is considering the ownership and the centrality of the Afghan government and the Afghan people for facilitating the peace process in Afghanistan,” said Najia Anwari.

Meanwhile, a number of Afghan experts while considering holding such meetings between Afghans as effective for peace in the country but stress on holding such meetings if concluded with ceasefire. They also consider the Beijing intra-Afghan meeting as significant towards strengthening Afghanistan peace process.

They believe that US are supporting the intra-Afghan meeting in Beijing and have considered it as effective for strengthening the peace process in Afghanistan.

In Brussels, US, EU and UN representatives in a joint statement have asked leaders of Afghanistan national unity government to pay their consideration to preparation for resuming peace talks with the Taliban group. They have also asked all sides to the conflict to reduce the level of violence to prevent civilian casualties in Afghanistan.

Currently, by starting new round of visits by US special peace envoy for Afghanistan Zalmay Khalilzad, hopes have increased regarding resumption of peace talks between US and representatives of the Taliban group.
But, the intra-Afghan meeting in Beijing is determined to be held in the next few weeks once the Afghan government announces its delegation, according to media sources.