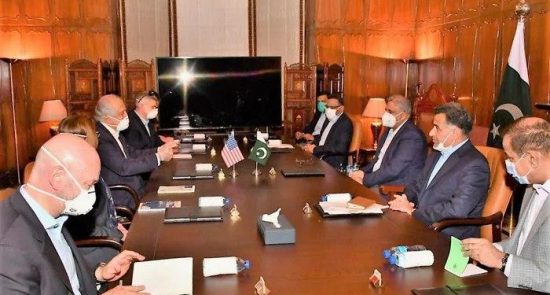 “Both sides talked about speedy release of the prisoners and commencement of intra-Afghan negotiations,” he twitted.
According to him, Dr. Mutlaq Al-Qahtani, Special Envoy of the Foreign Minister of the State of Qatar and his delegation also participated in the meeting.

Khalilzad is expected to arrive in Kabul to share the latest developments on peace process.

Mohammad Alam Izedyar, the first deputy of Jirga yesterday in the public meeting called this rounds of tips as ‘vicious circle’ as the releasing the Taliban prisoners exacerbated the violence in the country.