Fighting Picks up in Afghanistan after Talks Collapse 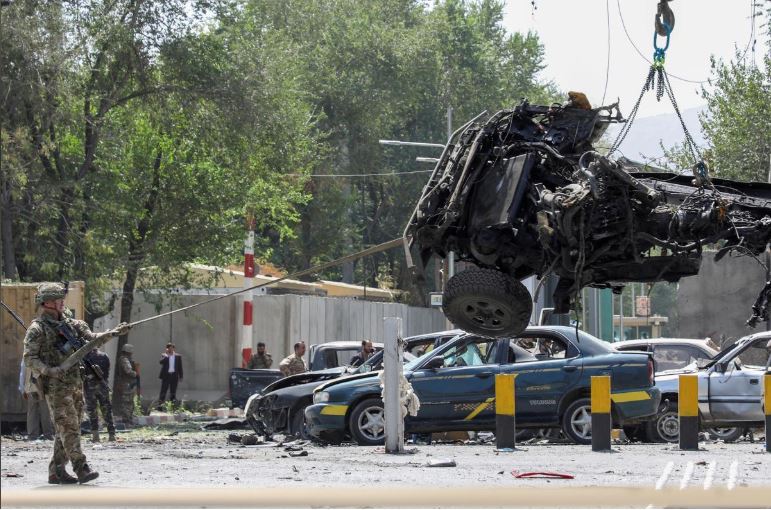 Fighting has picked up in several areas of northern Afghanistan, days after the collapse of talks between the United States and the Taliban aimed at agreeing the withdrawal of thousands of U.S. troops.

Officials said there was fighting in at least 10 provinces, with the heaviest clashes in the northern regions of Takhar, Baghlan, Kunduz and Badakhshan, where the Taliban have been pressing security forces for weeks.

On Wednesday, security forces retook the district of Koran-Wa-Monjan in Badakhshan, the defense ministry said in a statement. The district, which fell to the Taliban in July, had offered the insurgents valuable mining revenues from its rich reserves of the famous blue lapis lazuli stone.

It was the third district security forces have secured during a push in the province over recent days after Yamgan and Warduj, which the Taliban had held for the past four years.

In the neighboring province of Takhar, however, local officials said this week government forces had pulled out of Yangi Qala and Darqad districts, while fighting was going on in Khawja Ghar and Ishkamesh district.

“It is a tactical retreat to avoid civilian casualties in the area. We have fresh forces in the area and soon the districts will be recaptured,” said Jawad Hejri, a spokesman for the Takhar provincial governor.

The latest fighting underscored expectations of an escalation in violence following U.S. President Donald Trump’s abrupt cancellation of talks with the Taliban aimed at withdrawing U.S. troops and opening the way to an end to 18 years of war in Afghanistan.

The Taliban said this week the decision, which Trump said was caused by the insurgents’ refusal to agree a ceasefire and continued attacks that killed a U.S. serviceman last week, would lead to further American deaths.

In response, a senior U.S. general said that the U.S. military was likely to accelerate the pace of its operations in Afghanistan to counter an increase in Taliban attacks.

Security officials said the scale of the fighting in northern Afghanistan reflected both the expected intensification of combat following the collapse of peace efforts as well as a last push before winter weather restricts fighting in the mountains.

The Taliban in a statement condemned the attack and said nine civilians who were on the way to a wedding party were killed in the drone strike.

There was no confirmation from American and NATO officials on the air strike.

In Baghlan province, whose capital Pul-e Khumri has been under pressure for days, security forces partially cleared the main highway connecting the north to the capital Kabul.