Did Pakistan Win the Afghanistan War? 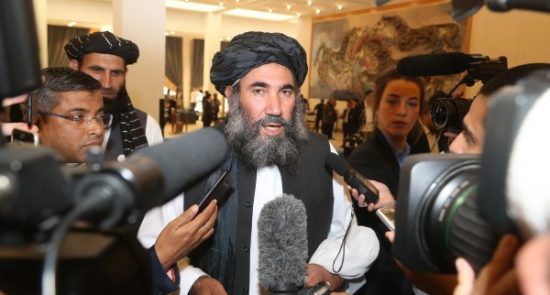 Pakistan is jubilant over the U.S.-Taliban peace deal, but celebration may be premature.

U.S. Secretary of State Mike Pompeo scrambled to Afghanistan last week in a bid to rescue the peace deal with the Afghan Taliban. A little over one month since the “historic deal” was signed in Doha, Washington is already feeling the need for a salvaging act. The United States’ latest bid to get the current Ashraf Ghani-led Afghan regime on board, and in turn address a major stumbling block, was the announcement of a $1 billion reduction in aid to Afghanistan.

Islamabad is almost as invested in these developments as Washington and the Taliban are. While the past month has been marred by COVID-19 spiraling into a pandemic, in turn prompting Pakistan to focus the majority of its attention on addressing the escalating spread of the virus, the February 29 deal remains a milestone – and the basis for all of Islamabad’s post-coronavirus stratagems.

Indeed, the deal itself was viewed in Pakistan as a resounding triumph. The agreement, which seeks to put an end to an 18-year-old war rooted in the post 9/11 U.S. invasion of Afghanistan, was facilitated by a regional strategy envisioned in Rawalpindi long before the September 2001 attacks.

Using militant Islamists as strategic assets in the region became a formal strategy for Pakistan after losing its eastern wing in 1971. Once the Taliban emerged along the Af-Pak border in the 1990s, Pakistan formalized the group as a cohesive unit. The idea, formulated within Pakistan’s Inter-Services Intelligence (ISI), has long been that Islamist groups – which can fluctuate between political stakeholders and terror outfits – will safeguard Pakistan’s interests in the region.

While that strategy remained permanently inked on the drawing board at the Army General Headquarters in Rawalpindi, jihadist groups eventually began boomeranging on the state, in turn shaping up Pakistan’s selective fight against radical Islamist outfits over the past decade and a half.

This duplicitous counterterror strategy has since been dubbed Pakistan’s “Good Taliban/Bad Taliban” policy, which Islamabad has continued to distance itself from. February 29, 2020 saw the globally celebrated culmination of that very policy.

The triumphant tone, therefore, betrays the emotions of the stubbornly persistent. And Pakistan’s warnings against things going pear-shaped underline the concerns of a veritable stakeholder.

Therefore, while the country’s — and the world’s — attention is dedicated to curtailing COVID-19, Islamabad is keeping a close eye on developments in Kabul and securing its gains.

Diplomatic sources privy to Pakistan’s streamlining of the U.S.-Taliban deal claim that the development has put Islamabad back in the “good books” of Washington. This in turn means economic benefits via the International Monetary Fund, in addition to aid. There are also monetary benefits for the all-powerful military, with which the U.S. Army resumed training earlier this year.

“In recent months, following the crisis over the killing of [former Iranian commander] Qassem Soleimani, American has also asked Pakistan for support in Iran. Furthermore, whatever the future of the Taliban deal, now that we have proven that Afghanistan peace process is impossible without Pakistan, this sends the right message to other powers interested in developments in the region, like China and even Russia,” a senior diplomat said while talking to The Diplomat.

Analysts around the world perceive the diplomatic benefits for Pakistan. The tangible turnaround in the United States’ tone vis-à-vis Pakistan can be seen in President Donald Trump going from calling out Islamabad for “taking money and doing nothing” in November 2018, to praising Pakistan in India last month.

Given Trump seemingly hankering to put his flag on peace in Afghanistan or Kashmir – Pakistan’s two primary geopolitical agendas – a successful re-election bid for the U.S. president this year could skyrocket Islamabad’s potential diplomatic gains. Pakistan would want many of these to translate into financial benefits for a state that was already marred by multipronged economic crises even before the COVID-19 outbreak.

For such an eventuality to transpire, for Islamabad to reaffirm itself as the regional influencer, or for it to invite a potential geopolitical bidding game from major powers, the U.S.-Taliban peace deal needs to hold its ground. And that’s where Pakistan’s current diplomatic chest-thumping might be a little premature.

Among the many question marks over the future of the peace deal, perhaps the most glaring are the terms of the agreement itself. With Section II dedicated to what the Taliban need to do, with a focus on ensuring that no attacks are launched against the United States from Afghanistan, the greatest question mark remains the outlook of an Afghanistan potentially back under Islamist control. How will the peace deal be ratified, and the Taliban given legitimacy at the U.N., without the group distancing themselves from their core ideology?

Even so, to even reach a point where this fundamental question becomes relevant, more imminent challenges would have to be overcome. Among these is the longstanding discord between Ashraf Ghani and rival Abdullah Abdullah, preventing the formulation of a united front to negotiate with the Taliban. In a redux of their 2014 election dispute, both men have declared victory in the 2019 presidential polls.

Similarly, where unity within the Afghan government remains improbable, a unification of jihadist factions – which the peace agreement expects the Taliban core to exercise complete control over – is nearly impossible, given the extent of the fragmentation and the respective spheres of influence.

It is that division from within a core jihadist ideology that created the Pakistan-Afghan divide within the Taliban, with the Pakistani Taliban now regaining their stronghold along the Af-Pak border. Not to mention the Islamic State (IS), which after being largely eliminated in the Middle East has focused its attention on South Asia.

Given the wide gamut of stakeholders – many of which are rogue and equipped with devastating clout – any equilibrium in Afghanistan is impossible without jihadist groups abandoning their very essence. That is precisely why many in Pakistan are concerned that even in the unlikeliest scenario of the peace deal actually being “successfully” executed, it would be a case of Islamabad re-embracing its counterterror masochism.

“Pakistan will as usual put all its eggs in the Taliban basket. In the long term it will have a negative impact, in case of a civil war in Afghanistan [or even in case of] greater power for the Taliban,” military scientist and security analyst Ayesha Siddiqa, the author of Military Inc.: Inside Pakistan’s Military Economy, told The Diplomat.

This concern, that facilitation of Taliban in any form of government will only further empower the group, is evidently not being factored in Rawalpindi. What remains equally unclear is the status of the Pakistani Taliban, given that the military maintains that almost the entirety of the group has been eliminated, despite evidence of its resurgence in the tribal areas.

“The past policies of the Pakistan government and the Army have invited a lot of problems for Pakistan. Serious mistakes have been made in our Afghan policy – from Afghan jihad till post-9/11. The Pakistani and Afghan Taliban are finding refuge in Afghanistan and Pakistan respectively. What will be the status of the Pakistan Taliban [if the peace deal is implemented]? There is no such thing as good Taliban,” said Lieutenant General Talat Masood, a former secretary at the Ministry of Defense Production, while talking to The Diplomat.

Even as the U.S.-Taliban peace deal is interpreted in Rawalpindi as vindication of its Taliban policy, Pakistan might be in line for another rude awakening. After all, the country has spent the past two decades, and over 80,000 lives, basing its counterterror strategy on differentiating between the “good” and “bad” Taliban, who have long since ceased to know the difference among themselves.