At Least 32 Killed in 113 Attacks Across Afghanistan on Election Day, Taliban Claimed Responsibility 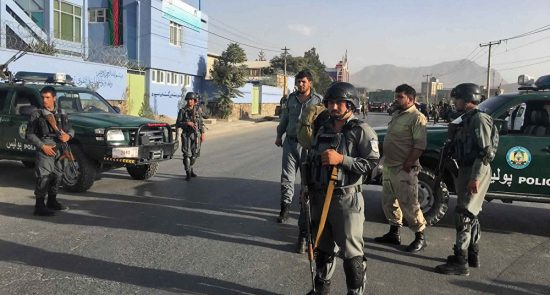 At least 32 people were reportedly killed and 123 more injured in 113 attacks across Afghanistan on the day of the presidential election. The Taliban Islamist movement claimed responsibility for at least 64 attacks.

The Taliban said earlier on Saturday that the group had blocked access to polling places in some provinces, preventing local residents from voting.

Earlier in the day, at least 2 people were killed and 35 more injured in the attack at a polling venue in the northern Afghan city of Kunduz. The attacker reportedly placed explosives on a bicycle and detonated it near the polling centre.

The Taliban, which repeatedly threatened earlier to disrupt the Afghan presidential voting, also launched an attack on the city of Kunduz, which significantly weakened after the voting had come to an end. The unstable situation in the city urged many voters to refrain from casting ballots.

Meanwhile, the Afghan presidential election has ended and the Independent Election Commission (IEC) has already started to count the votes.

The international community has welcomed the presidential election in Afghanistan, calling the vote transparent and credible. Special Representative of the UN Assistance Mission in Afghanistan (UNAMA) Tadamichi Yamamoto, who went to the polling places, praised the Afghan citizens’ support for democracy.

At the same time, NATO’s civilian representative for Afghanistan, Nicholas Kay, said he hoped that the presidential election would be held in complete security and condemned the Taliban Islamist movement’s attacks, aimed at undermining the voting.

Saturday marks Afghanistan’s fourth presidential election since a US-led coalition ousted the Taliban from power in 2001. The election comes amid heavy fighting between national security forces and the Taliban. Earlier in the month, US-Taliban long lasting peace negotiations collapsed when Washington withdrew in response to a Taliban attack that killed a US soldier.

Afghanistan has long been suffering from an unstable security situation. The government has been fighting the Taliban for almost two decades, and the Daesh terrorist group, which has been operating in Afghanistan since 2015.