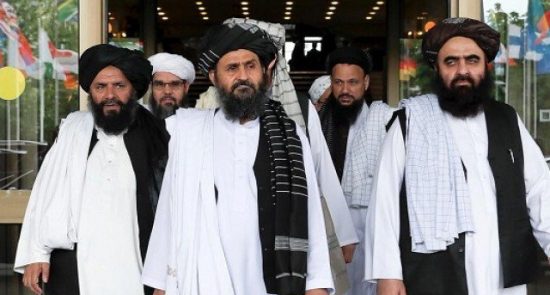 A Taliban delegation met China’s special representative for Afghanistan in Beijing on Sunday to discuss the group’s peace talks with the United States, a spokesman for the Islamist insurgency said.

The meeting comes after U.S. President Donald Trump’s eleventh-hour cancellation earlier this month of the negotiations between his country and the Taliban, which many had hoped would pave the way to a broader peace deal with the Afghan government and ending a 17-year war.

Qatar was where the Taliban and the United States held peace talks over the past year.

“The Chinese special representative said the U.S.-Taliban deal is a good framework for the peaceful solution of the Afghan issue and they support it,” Shaheen wrote.

Mullah Baradar, the Taliban delegation’s leader, said they had held a dialogue and reached a “comprehensive deal”, Shaheen tweeted.

“Now, if the U.S. president cannot stay committed to his words and breaks his promise, then he is responsible for any kind of distraction and bloodshed in Afghanistan,” Baradar said, according to Shaheen.

Afghanistan will this coming week hold its fourth presidential elections since U.S.-led forces toppled the Taliban from power in 2001.

Those elections have gained importance since the collapse of the peace talks, as the negotiations could have led to the creation of an interim government, now a more distant prospect.