Afghanistan War towards a little Progress 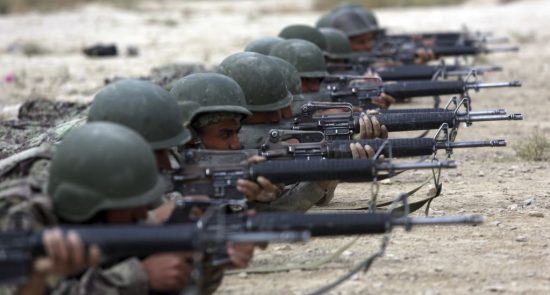 The US-Afghan governments have made 'little clear progres' to compel Taliban to negotiate a peace deal.

Ariana News Agency- A new U.S. assessment Monday said military and political signs point toward continued stalemate. “Progress toward peace remains elusive,” Glenn A. Fine, the acting Pentagon inspector general, wrote in an introduction to a comprehensive review of military, political and humanitarian conditions in Afghanistan during the July-September period. These were the final three months of the 17th year of a war that began in October 2001.

The report offered little support for the Trump administration’s assertions that its revised war strategy, announced in August 2017, is bringing the Afghan government and the Taliban insurgency closer to peace and reconciliation. When he visited Kabul in July, Secretary of State Mike Pompeo said the strategy “is indeed working.”

In the three months following Pompeo’s visit, the Taliban demonstrated their resilience even as the U.S. military continued its focus on training and advising the Afghan army and police while helping develop an Afghan air force.

Gen. Joseph Dunford, chairman of the Joint Chiefs of Staff, said on Saturday that efforts to draw the Taliban into peace talks are being made “below the surface.” But he indicated that progress is insufficient. “We’re a long way from where we could say that we’re on the right path,” Dunford said at the Halifax International Security Forum, referring to effectively combining military, political and social pressure on the Taliban.
Noting that U.S. officials as recently as a year ago called the war a stalemate, Dunford said, “it hasn’t changed much” since.

Pulling the Taliban into peace negotiations has been the central feature of the Trump administration’s Afghanistan strategy, with little result so far. The effort has intensified since Zalmay Khalilzad, a former U.S. ambassador to Kabul, was appointed a special U.S. envoy to Afghanistan in September. The Associated Press reported on Sunday that Khalilzad held three days of talks with the Taliban in the Gulf state of Qatar.

Without referring explicitly to the talks in Qatar, Khalilzad told a news conference Sunday in Kabul, “I am talking to all interested parties, all Afghan groups… and I think there is an opportunity for reconciliation and peace.”

“The Afghan government wants peace,” he said. “The Taliban are saying they do not believe they can succeed militarily, that they would like to see the problems that remain, resolved by peaceful means, by political negotiations.”

Hope for peace talks with Taliban

Monday’s report, which was a combined assessment by inspectors general of the Pentagon, the State Department and the U.S. Agency for International Development, said available measures of security in Afghanistan showed little change in the July-September quarter. Progress toward reconciliation with the Taliban also as scant.

“Despite continued efforts and activities, there was little clear progress toward reconciliation during the quarter,” the report said, adding that Afghan security force casualties are rising and humanitarian needs are growing as the conflict drags on.

The U.S. military does not publicly report the number of casualties among Afghan security forces, saying it is forbidden by the Afghan government. However, just last week Afghan President Ashraf Ghani said during a visit to Washington that 28,529 Afghan forces have been killed in the past four years, compared to 58 Americans in the same period.