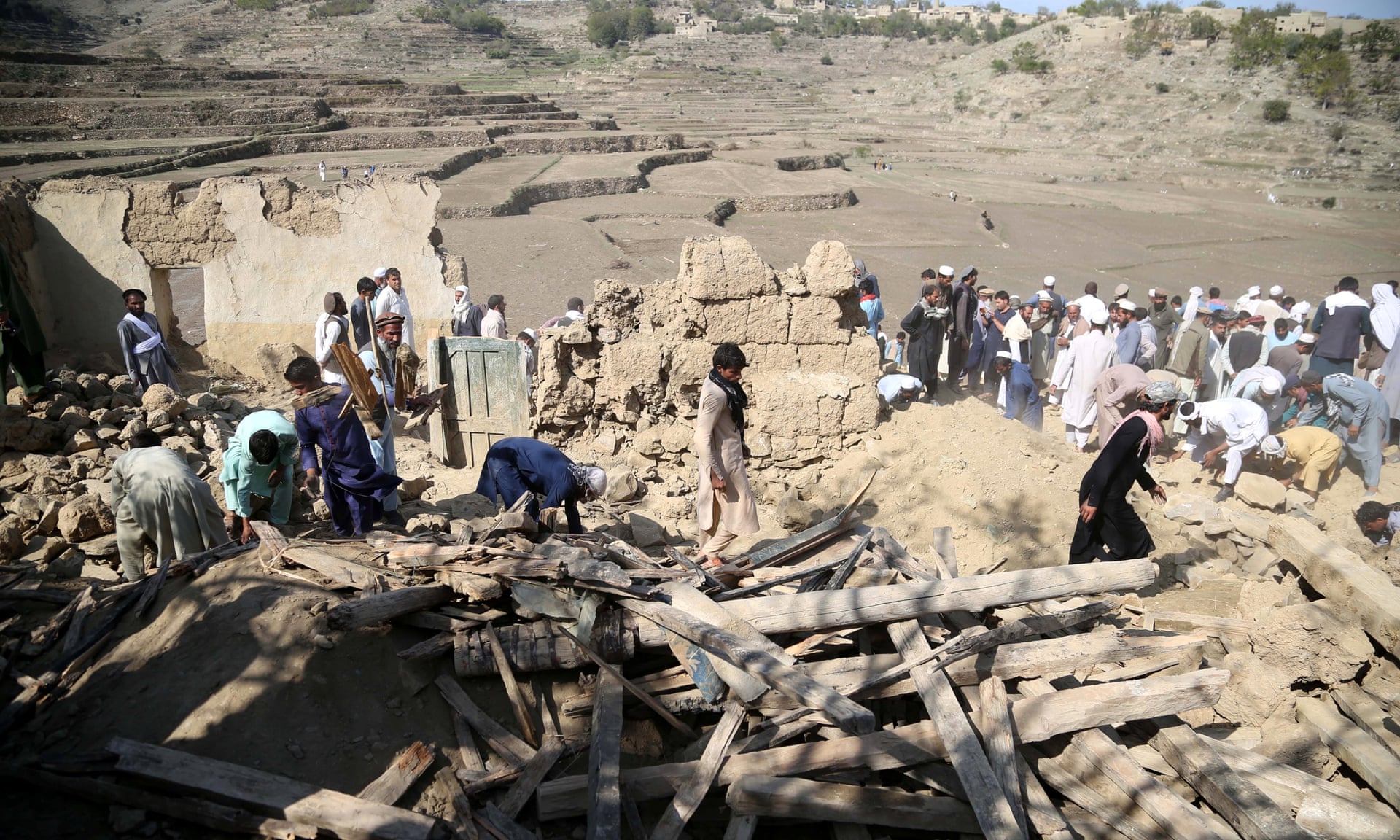 Police and local residents were searching for bodies in the rubble of a mosque in the eastern Nangarhar province of Afghanistan, after bomb blaststhat killed at least 69 people during Friday prayers.

The explosives had been placed inside the mosque in the Jawdara area of Haska Mena district.

Sohrab Qaderi, a member of Nangarhar’s provincial council, said the mosque, which can accommodate more than 150 worshippers, was full of people when the bombs exploded.

“Bodies of 69 people, including children and elders, have been handed to their relatives,” Qaderi said, adding more bodies could be lying under the rubble.

On Friday, local officials had reported 62 fatalities and about 50 wounded.

No group has claimed responsibility but the government accused Taliban insurgents, who are fighting to reimpose strict Islamic law after they were ousted from power in 2001 by US-led forces, of the attack.

Suhail Shaheen, a spokesman for the Taliban, denied the group was responsible. In a tweet, he said witnesses said it was a mortar attack by government forces.

One of the wounded, Gulabistan, 45, said the mosque was full when the explosion happened.

“Mullah already started prayers and reciting verses of holy Qur’an, when a huge boom happened, then all around me it got dark. The only thing I remember is females’ voices and then I found myself in the hospital,” he said.

He said he had been told his son was among the dead while his brother and two nephews had been wounded and were in hospital.

A Reuters reporter saw 67 freshly excavated graves for the victims in Jawdara village.

The US ambassador, John Bass, said in a tweet that “killing worshippers assembled together in peace is unconscionable. All Afghans have the right to live and worship together in safety.”

The European Union said the attack aimed to undermine hopes for peace and reconciliation in Afghanistan.

Taliban and Islamic State fighters are actively operating in parts of Nangarhar, which shares a border with Pakistan in the east. The mosque attack was the latest act of violence in the country. A UN report this week said 4,313 civilians were killed and wounded in Afghanistan’s war between July and September.