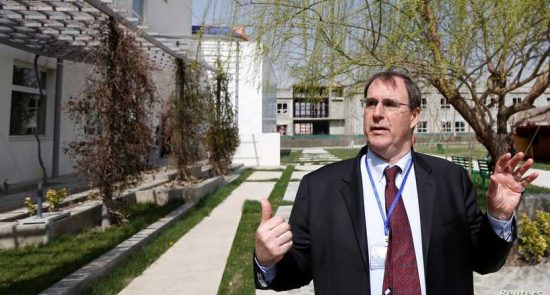 Following the CNN’s recent report on the American university in Kabul of its budget deficit and its possible shut sown in next year.

In an interview with VOA, the President of American university in Afghanistan said that the university is financially stable and no worry of its shut down.
Sedney rejected CNN’s report, saying the AUAF has ample funding and security and is optimistic on all fronts. He insists that the university will continue operating as it has for more than a decade.

“Neither {claims} are correct. The AUAF has strong security and support to be funded. The fund is always up from its goal. Of course, nothing is 100 percent. We are working cooperatively and positively with the U.S. government to get additional grants, we are optimistic on all fronts and I want to ensure everyone that the security of AUAF is great we will continue to keep our operations going forward in the future”, Sedney said.

CNN recently reported that the American University of Afghanistan is drawing up plans to shut down next year, a casualty of anticipated U.S. government budget slashing of the school’s steady stream of funding.