Abdullah Expressed Willingness to Talk With Taliban ‘At Any Time’ 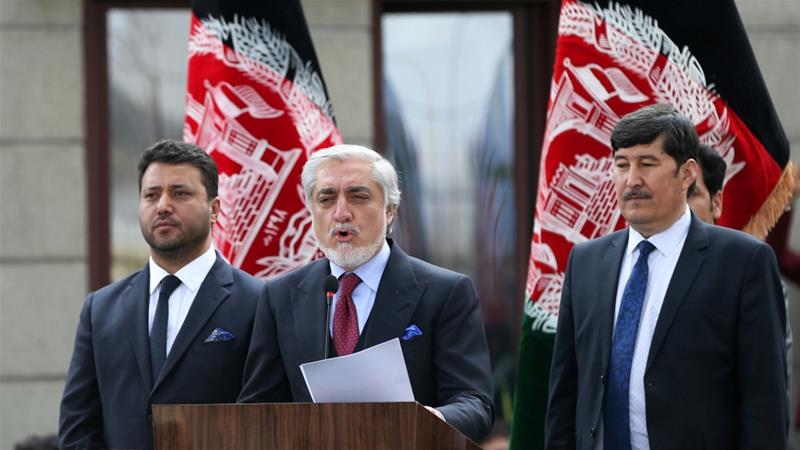 Abdullah Abdullah, top Afghan official  said his team is ready to start discussions with the armed group "at any moment".

Abdullah Abdullah, head of the High Council for National Reconciliation, said on Saturday an ongoing lull in violence triggered by a surprise three-day truce offered by the Taliban on the Eid al-Fitr Muslim holiday had set the tone for launching the peace talks.

“The announcement of the ceasefire, a reduction in violence and the exchange of prisoners have all paved the way for a good beginning,” Abdullah said at his first press conference since taking on the role.

“The negotiating team is ready to begin the talks at any moment,” he said, adding, however, that there must be a fresh ceasefire during the talks.

The government in Kabul had welcomed the ceasefire and ordered its forces to comply with it. It also accelerated the release of hundreds of Taliban prisoners.

Officials have blamed the Taliban for carrying out some deadly attacks against security forces since the ceasefire ended on Tuesday, but also acknowledged that the temporary truce has led to an overall fall in violence across much of the country.

The peace talks between the government and Taliban were scheduled to begin before March 10 but efforts stalled over a disagreement on the prisoner exchange.

A US-Taliban agreement signed in February in Qatar’s capital, Doha, stipulated that the Afghan government would release up to 5,000 Taliban prisoners while the Taliban would free about 1,000 Afghan security forces personnel.

The prisoner swap was mentioned in the agreement as a “confidence-building measure” before long-awaited peace talks between the government and Taliban.

Before Sunday’s announcement, Kabul had already released about 1,000 Taliban inmates while the Taliban had freed roughly 300 members of the Afghan security forces, according to reports.

The Taliban said it was committed to freeing prisoners, but reminded Kabul that the agreement was to “release 5,000” of their members as agreed with the US in Doha.

Abdullah was appointed to lead the peace talks after he ended his bitter political feud with President Ashraf Ghani earlier this month.

Abdullah had announced himself as a rival president after he rejected the result of the September election which was won by incumbent Ghani.