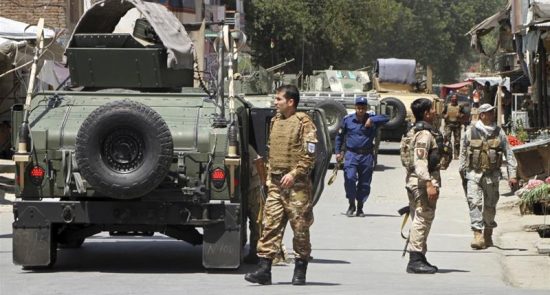 At least 10 Afghan soldiers have been killed in a Taliban attack on a military base in the southern Helmand province, officials said.

The Taliban dug a tunnel into the base, located in the volatile Sangin district, and blew it up before its fighters attacked the compound, Nawab Zadran, spokesman for 215 Maiwand Army Corps in southern Afghanistan told AFP news agency on Saturday.

“There were 18 soldiers in the base at the time of the attack providing security for the people of Sangin. Four soldiers were wounded and four repelled the Taliban attack bravely,” he said.

Provincial spokesman Omar Zawak confirmed the attack and said the soldiers were killed by the powerful blast inside the base.

In a statement sent to media, Taliban spokesman Zabihullah Mujahid claimed responsibility for the attack.

The Taliban have increased their attacks in recent days on Afghan army bases and checkpoints across different provinces.

On Thursday, a similar attack killed six Afghan soldiers as a Taliban suicide bomber detonated his explosives-laden car outside an army compound in the northern Balkh province.

Another attack on a checkpoint in Balkh province killed at least seven Afghan soldiers on Tuesday.

On Monday, a US soldier was killed in combat in northern Kunduz province. The Taliban claimed they were behind a fatal roadside bombing that targeted American and Afghan forces in Kunduz.