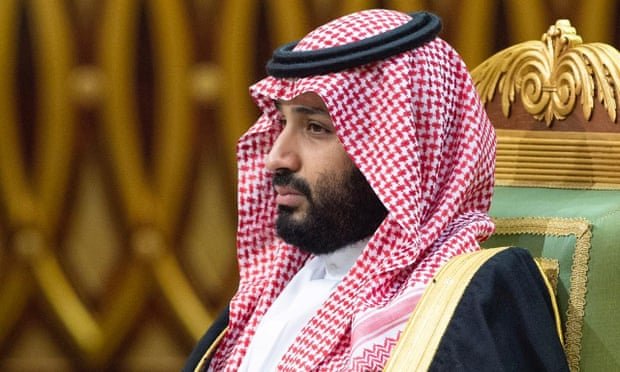 US intelligence agencies will be given a month to make a formal declaration on whether Mohammed bin Salman was responsible for the murder of the Saudi dissident, Jamal Khashoggi.

The annual military spending bill, known as the National Defense Authorization Act (NDAA), was passed by a large majority in the House of Representatives on Wednesday and is expected to be approved by the Senate next week before being signed into law by Donald Trump.

In negotiations before the NDAA’s passage, sections stipulating that Khashoggi’s murderers be subject to punitive measures were stripped from the bill, on the insistence of the White House – as were clauses that would have cut US support for the Saudi war in Yemen.

According to the New York Times, the president’s son-in-law, Jared Kushner, took a leading role in negotiations on behalf of the White House, and was insistent that the punitive clauses on Saudi Arabia should be removed.

But the final version of the bill retained language requiring the director of national intelligence (DNI) to present a formal determination within 30 days on who was responsible for the murder and dismemberment of Khashoggi in the Saudi consulate in Istanbul in October last year.

In April, the US barred entry to 16 Saudis for their role in the murder plot, including one of the crown prince’s closest aides, Saud al-Qahtani. This week, the state department added the former Saudi consul general in Istanbul, Mohammed al-Otaibi.

In a closed-door briefing in December 2018, the CIA director, Gina Haspel, told senators that the agency was convinced the murder had been ordered by the crown prince (colloquially known by his initials MBS).

“We know that the intelligence community has assessed with high confidence that MBS bears at least some responsibility for Khashoggi’s murder and the cover-up that has followed,” Tom Malinowski, the Democratic congressman from New Jersey who drafted the Saudi human rights accountability legislation, told the Guardian. “So if they answer the question, honestly, MBS will be on the list.”

The congressional demand for a formal declaration, will be a test of the independence of the office of the DNI, since the ousting of Dan Coats from the post in the summer. His former deputy, Joseph Maguire, has been acting in the position since August.