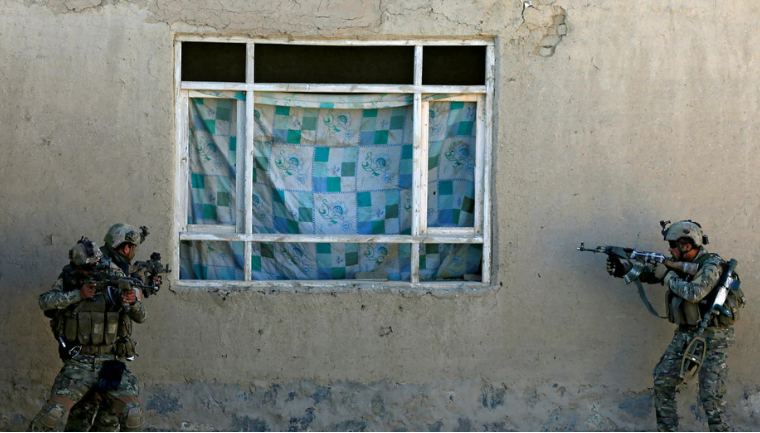 With aid and training from the CIA, Afghan paramilitary forces have carried out a spree of war crimes and other “grave” abuses against civilians – including torture and executions – an investigation by Human Rights Watch found.

In its report, New York City-based Human Rights Watch said Afghan strike forces, with the support of the CIA, are guilty of extrajudicial killings, kidnappings and attacks on healthcare facilities.

The 53-page report said the CIA-supported forces, for example, have unlawfully killed civilians in night raids that have increased in frequency over the past two years.

The non-governmental organization said in its report the United States should work with the Afghan government to “immediately disband and disarm all paramilitary forces that operate outside the ordinary military chain of command.” It also urges U.S. officials to cooperate with independent war crimes investigations.

The report is based on interviews with dozens of Afghan residents, human rights groups and other witnesses to night raids in Ghazni, Helmand, Kabul, Kandahar, Nangarhar, Paktia, Uruzgan, Wardak, and Zabul provinces.

The report arrived amid ongoing peace talks between U.S. negotiators and the insurgent Taliban group. The discussions are aimed at ending U.S. military involvement in Afghanistan, where American forces have been stationed since late 2001.

“In ramping up operations against the Taliban, the CIA has enabled abusive Afghan forces to commit atrocities including extrajudicial executions and disappearances,” Patricia Grossman, HRW associate Asia director and author of the report, said in a statement.

“In case after case, these forces have simply shot people in their custody and consigned entire communities to the terror of abusive night raids and indiscriminate airstrikes.”

The CIA called the accusations “likely false or exaggerated.”

“We neither condone nor would knowingly participate in illegal activities,” the intelligence agency said. “CIA conducts its global operations in accordance with the law and under a robust system of oversight.”