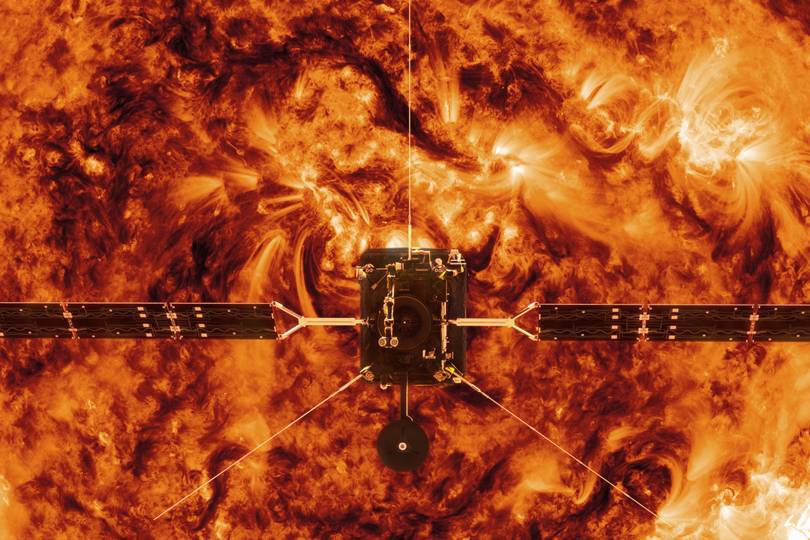 Eight of the world's most talented minds discuss tiny satellites that will revolutionise Earth-monitoring and how mothering is on the verge of monetisation. Read more in our annual trend report: The WIRED World in 2019.

Ariana News Agency- Every day, the WIRED team makes sense of a dizzying news cycle and a culture of transition that feels as if it’s accelerating by the day. Essentially, we must parse whether an individual, trend, organisation, or technology is worthy of our readers’ attention: is there a great story to be told, something fresh and urgent? What’s the long-term impact?

As part of this mission, every year we approach some of the most accomplished people in the WIRED network with a tough assignment. We ask them not just for a bold prediction on how the world is changing or what it will be like in 2025 – we make a request for something far harder: what will the world be like in the next 12 months? How will energy, government, culture, medicine, business, technology, business, security and the environment be shaped by the most significant trends impacting our world?

For our annual trend report – The WIRED World in 2019 – we asked a stellar lineup of talent to tell us their predictions for the coming year. Here’s how Richard Branson, Wendy Hall, Mustafa Suleyman and many more think the world is about to change.

You can get the full report – 128 pages of authoritative analysis for the year ahead – in newsagents now. All the articles will be published online over the coming weeks.

Technology will give us new senses

“Qualia” – the internal subjective experience of senses – is difficult to quantify. Our senses of touch, taste, hearing, sight, smell are all based on the information that we collect from the world, re-routed through our brains and processed. But what if there was a way to change what information goes in?

“If we could feed a new data stream, directly into the brain – such as the state of your spouse’s microbiome – it will give rise to a new qualia,” says David Eagleman, an adjunct professor at Stanford University and the author of The Brain: The Story of You. “This feels like pure fantasy, but we are now finally at the point, technologically, where we can put it to the test.”

Miniscule satellites will change how we look at the world
Whether they’re running telecommunication systems or keeping space missions on track, satellites play a key role making sure our world runs smoothly. But getting the bulky and complex devices into orbit costs a huge amount in time and money. Now tiny satellites could shift that dynamic. The CubeSat, which is 10 x 10 x 11.35 cm, comes packed with components from discarded smartphones and be launched into space for a fraction of the typical price. They could be used to take millions of photographs of the surface of our world.

“There’s so much going on under the surface of a big economy and so much that doesn’t show up in regular statistical releases for months – sometimes years,” says Tim Harford, an economist and the author of the best-selling The Undercover Economist. “In 2019, we’ll be able to see it day by day.”

Public transport is about to be reinvented, but not in the way you think

Getting public transport right gets trickier by the day. As more and more people increasingly migrate to large cities, and as city boundaries get pushed further outward, our transport systems can strain under the additional pressure. When things go wrong, repairs might not be enough to deal with a potential transport crisis.
“In the way that railways powered the last 100 years, hyperloop could transform the next,” says Richard Branson, the founder of the Virgin group. “Imagine the impact a whole new level of immediate access will have. Trips could be reduced, for example, from three hours by train to 30 minutes, with prices comparable to intra-city public travel.”

Mothering is about to be monetised

A talent economy seems like a far cry from the automation-crazed world we live in now. But paying and being paid for processes which mothers or parents typically undertake, such as coaching, teaching and mentoring might be the antidote to an unemotional, data driven world.

“As artificial intelligence and robotics eat up more and more routine jobs, the idea of a talent economy in which humans invest in other humans will become increasingly attractive,” says Anne-Marie Slaughter, the president and CEO of think tank New America. “Our job though, will be to make sure it is gender neutral, both at home and at work.”

Deepfake videos will encroach on reality

Videos and images are the next frontier of digital fakery – conscious, political manipulation of visual material will cause a shift in how we interact with the world. Deepfakes span a whole range of editing – face swaps, lip syncing or even puppetry and in the next year these devious dissimulations are only going to get more sophisticated.

“Perhaps the most chilling realisation about the rise of deepfakes is that they don’t need to be perfect to be effective,” says Yasmin Green, director of research and development for Jigsaw, an Alphabet company focused on security. “The world will confront a new falsified video deployed to deceive entire populations.”

Information about our bodies – and everything wrong with them – has become far easier to collect, using that ubiquitous device: the smartphone. So far the scope of such technology remains remains fairly limited, but wearables could revolutionise healthcare in 2019, taking in mental and physical readings and giving us personalised solutions.

Pattie Maes, a professor of media technology at MIT Media Lab says, “we are already dependent on our mobile technologies for many of our everyday tasks and goals, but we will also soon also rely on digital technologies for the optimal functioning of our bodies.”

Blockchain will transform the art world

The global art market swells in value year by year, and with it comes a whole host of seemingly intractable problems, such as art fraud. Blockchain’s value in other industries, like banking, has already been much-discussed, but it can provide a novel use in the art industry – providing a record from initial authentication to current ownership.

“Just five per cent of the $500bn blockchain industry is focused on the art market,” says Ed Vaizey MP, who was formerly the minister for communications, culture and creative industries. ”Blockchain could increase the speed, transparency and volume of art sales globally – and most importantly of all, democratises the sector so that we can all benefit from its riches.”

2018 has often been called “the year of the woman”. But which women? Opposition to President Trump in the US has become a key galvanising force for unlikely political candidates – such as women of colour, who have historically been underrepresented in governmental bodies. Even as some women have advanced forward into positions of power, such as in the recent blue wave in the US mid-term elections, a huge amount of work still needs to be done.