Former US Commander Recalls Three Big Mistakes US Made in Afghanistan 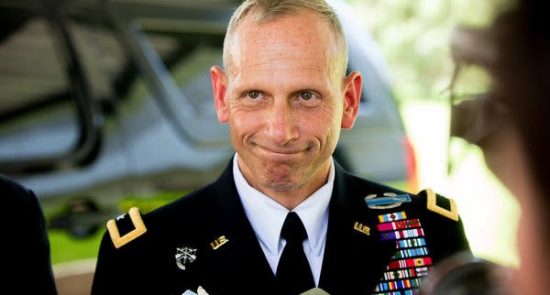 War is often filled with its share of mistakes, some are the result of changing circumstances on the ground, while others are more systemic. The US has committed more than a few during its 18 years in Afghanistan.

Indeed, the entire war is a story of one mistake after another, putting success or “victory” as we typically define it further out of reach.

The lack of a consistent comprehensive strategy in Afghanistan has prevented the nation from attaining even a minimal level of stability. For quite some time now, the filling of body bags and hospital beds has not been justified, and nobody is being held accountable for that. Countering these negative trends requires a return to the comprehensive strategy approach. Absent such a change, we should leave.

Misstep No. 1: The expansion of US forces and the introduction of large conventional units into the vast expanse of Afghanistan.

We essentially took all the lessons learned by the Russians and threw them out. By taking responsibility for the fight and imposing American-imposed solutions to Afghanistan’s problems, we disincentived the Afghans from leading and chose to ignore thousands of years of history.

We forgot fairly quickly why Afghanistan was such a humiliation for the British and the Soviets and why the term “graveyard of empires” very much applies.

We also forgot that while Afghans welcome help, they can quickly turn on a foreign force if it stays too long. Instead of investing in local Afghan security and governance, we choose to emphasize top-down solutions by increasing the power of the national government.

We decided to build the house from the roof down, and the roof has been leaky ever since.

The second misstep was taking our eyes off the ball. The Taliban’s resurgence is an inevitable outcome of an ineffective NATO-led coalition, an inadequate organizational structure, and an ineffective strategy.

The diversion of attention and resources to the Iraq War and an inaccurate assessment of the Taliban’s strength and longevity led to the movement’s resurgence.

By 2004, the Taliban began organizing themselves into an insurgent force by co-opting village elders and soliciting the support of the populace.

By 2005-2006 the Taliban and other organizations had a foothold across Afghanistan. The Taliban gained momentum and continued to operate effectively in Afghanistan through 2009.

The only period in Afghanistan in which unprecedented security gains were made was in the 2010-2013 time frame with a comprehensive COIN strategy. Bottom up population-centric operations called Village Stability Operations (VSO) in the rural areas took space away from the insurgents. During this time security improved in part through the creation of Afghan Local Police (ALP), which decreased the Taliban’s freedom of operation.

Unfortunately, due to a change in policy and strategy from the end of 2013 through the present, we have lost all the security gains and have witnessed.

Poppy production remains one of the most pressing domestic issues in Afghanistan and provides the Taliban with substantial revenues to sustain its operations.

A practical solution would have been to commercialize a portion of the poppy industry into pharmaceutical companies that would create research, jobs, revenue; develop alternative crops where appropriate; and assist farmers with transitioning into another trade. Yet we quickly lost our patience.

Central and South Asia is one region of the world where terrorism, extremist Islamic ideology, traditional nation-state conflicts, and weapons of mass destruction all come together.

Given the overriding imperative to keep dangerous weapons out of the hands of terrorists, the United States and its NATO allies must identify their common strategic interests with these regional players and craft the necessary strategy to protect those interests.

The development of this strategy will have to include difficult but necessary trade offs between what objectives are important to our security and what should be left for the Afghans to manage.